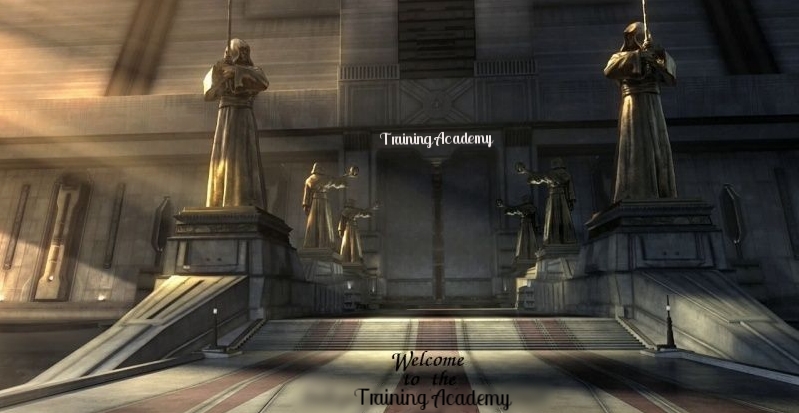 The Training Forum for our SWC Group

The Star Wars Combine (SWC) uses a variety of acronyms and short-hand text, some of which are more commonly known (such as IRC), some are generally known in Star Wars circles (such as ISD), while some are specific to SWC (such as A/E). This page will help you to understand the various forms used throughout SWC forums, messages, IRC rooms etc.
Contents [show]
A

A/E - Arrest and Execute, method of limited combat between players
AFK - Away From Keyboard - Primarily used on IRC. Sometimes abbreviated as [A] for Away
AH - Auction House
Asim - Assistant SimMaster, Administrators of the Combine that help players with their accounts among other things.
AT - Art Team

CMG - Combine Member Group, an old acronym for Factions.
Combat - A rumour that exists between cults in the Combine that in the future there will be this thing they call "Combat", no one knows what that is though... /sarcasm
CompOps - Computer Operations skill
CP - Combine Points, OOC "currency" received for actively supporting SWC (e.g. by donating or clicking topsite banners). Can be exchanged for entities or custom objects. See Custom Items, Custom Images
CPM - Centrepoint Marketplace, an off-site market where players and factions and advertise the goods they have for sale
Creds - Slang and short term for "Credits". The official galactic currency.
Custom - relating to custom entity images or custom items

ETA - Estimated Time of Arrival, the approximate time it takes for a moving object, such as a Ship, to travel from one place to the other. Can be calculated beforehand using the NavComp.

GA - Galactic Alliance, a coalition of factions supporting each other, led also by the New Republic, against the forces of the Imperial Union.
Gallo - Refers to the Gallofree GR-75 Medium Transport
GG - Galactic Government, the Government that has the most population in the galaxy under its control and can approve or decline GNS posts.
GM - Galactic Market, in-game market where you can sell your surplus entities, generally has low prices. Also, unassigned inventory from dead players and dissolved factions might appear here.
GNS - Galactic News Service, an IC news service that provides information to players around the galaxy

HP - Health Points, used to measure one's remaining health.
HR - High Rise Building, often includes the number of flats (e.g. HR10 for High Rise Building 10 flats)
HS - Hyperspeed, a measure to a ship's speed while in Hyperspace.
HS - Hyperspace, the space between spaces that folds and allows a ship to travel faster than light. (not sure?)

IC - In Character, anything related to your in-game character
IFF - Identify Friend;Foe
IRC - Internet Relay Chat, a chat system used by SWC for players to talk in real time
ISD - Imperial Star Destroyer
IU - Imperial Union, a coalition of factions supporting the rule of the Galactic Empire. Opposed by the Galactic Alliance.

NavComp - Refers to the Navigational Computer, a device used to calculate travel time from one place to the other. Found in the rules section of the Combine.
Neb - Usually a reference to the Nebulon-B Frigate or its medical variant.
NC - Nova Crystals, currency used by the Krath Dynasty.
NPC - Non-Player Character, refers to beings owned by other players and can be used to produce, mine, repair, heal, fly or just RP with the player among other things. They are the most of the residents in the galaxy.
NR - New Republic

OBO - Expression used in IRC trading rooms. Means Or Best Offer
OOC - Out of Character, not related to your in-game character

PC - Player Character, refers to you and anyone else.
PES - Refers to the Pursuer Enforcement Ship.
PG - Power Generator, 1x3 facility that generates power for other facilities
PLY - Refers to the Personal Luxury Yacht of a certain type.
PM - Private Message, used in IRC
Privs - Slang and short term for "Privileges", access that is granted by a faction.
PR - Personal Residence, a common 1x1 facility

R&D - Research and Development, a soon to be implemented feature in SWC which allows players to research new entities and produce them.
RFP - Race Force Probability, the chance of a certain race of becoming FS.
RM - Raw Materials, mined from the earth of planets and used to produce and construct everything in the Combine.
RP - Role Playing.

TIE - Twin Ion Engine, used only by the Empire's small TIE Fighters and their variants.
TP - Tax Planet, a planet that is covered in cities with a higher than average tax rate that is designed to give maximum income from tax

XP - Experience Points, received by most actions in the Combine and used to rise up in Levels.